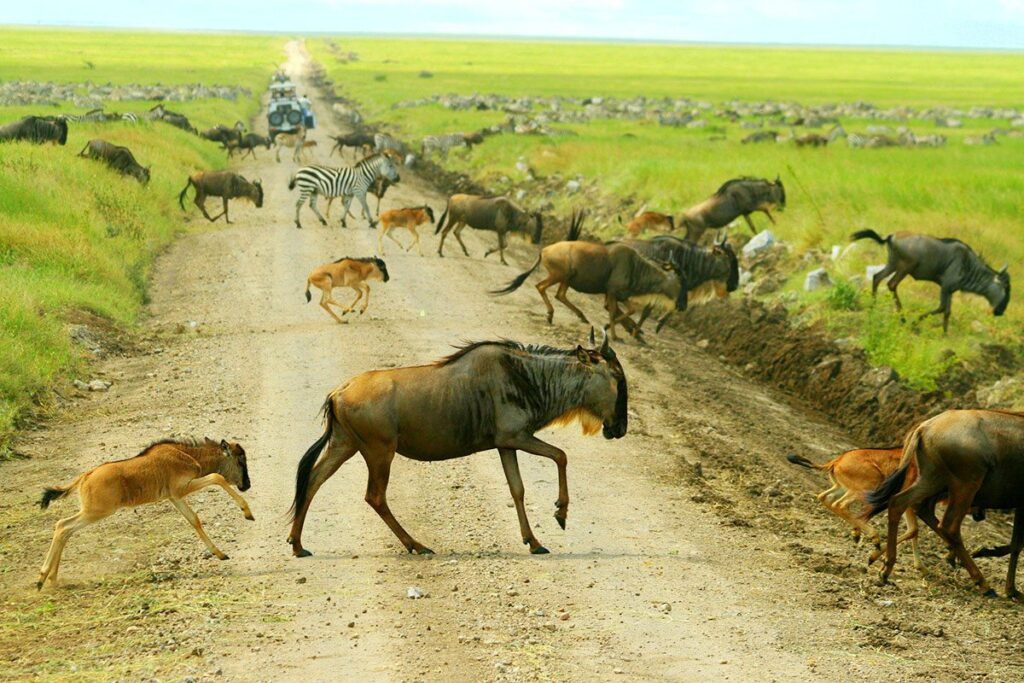 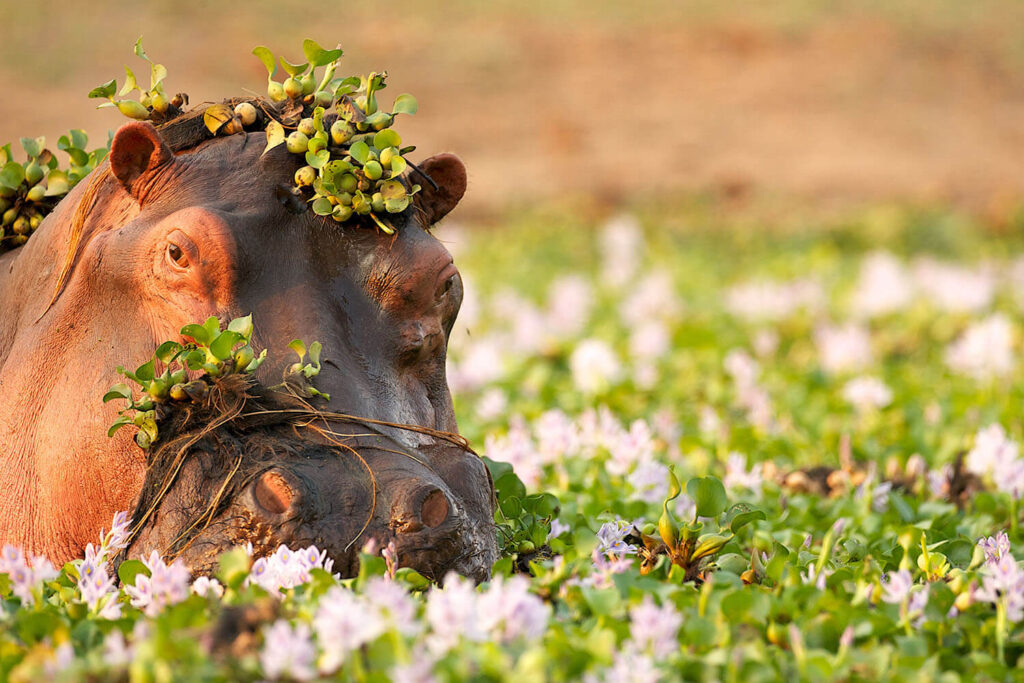 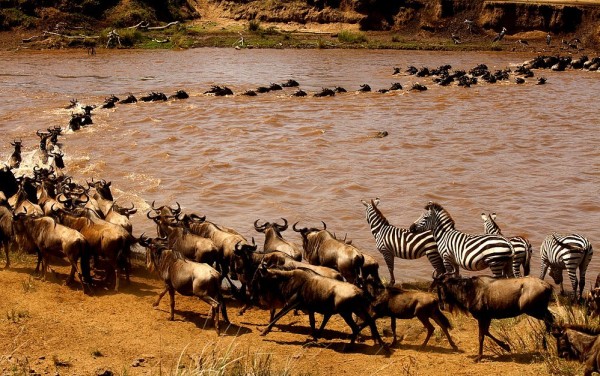 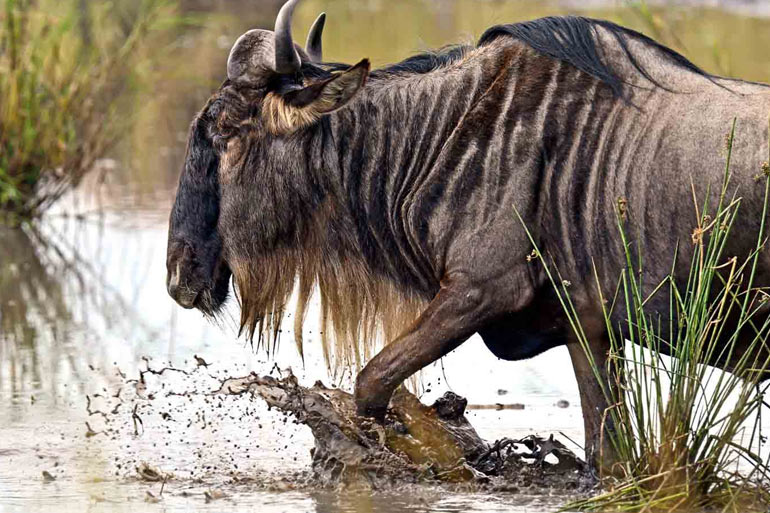 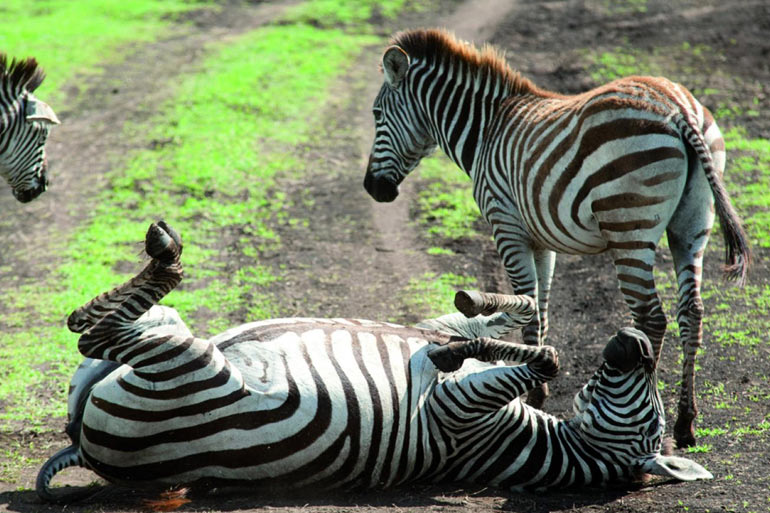 This 8-day camping safari gives you the highlights of the Northern safari circuit at a premium value. We experience breathtaking wildlife in the midst of some of the most diverse of landscapes. We also visit the world-famous Serengeti National Park. The wildebeest migration, the last great migration on earth, is the movement of vast numbers of the Serengeti’s wildebeest, accompanied by large numbers of zebra, and others. These creatures move in an annual pattern that is fairly predictable.

This 8-day camping safari gives you the highlights of the Northern safari circuit at a premium value. We experience breathtaking wildlife in the midst of some of the most diverse of landscapes. We also visit the world-famous Serengeti National Park. The wildebeest migration, the last great migration on earth, is the movement of vast numbers of the Serengeti’s wildebeest, accompanied by large numbers of zebra, and others. These creatures move in an annual pattern that is fairly predictable.

You will be picked up from the airport by a Lion King representative and transferred to your accommodation in Arusha where you will overnight, relax, and prepare in anticipation of the adventures to come.

After breakfast, we will be met at our accommodation by our safari guide. We then set out for Lake Manyara National Park. This relatively small but diverse park, 120km west of Arusha, is so named for a shallow salt lake that covers a large area of the park’s surface area. Flooding and drying with the seasons, this soda lake is home to thousands of flamingos with another 500 bird species represented in the park. On our exploration of the park, we will see monkey, giraffe, zebra, wildebeest, buffalo, elephant, and, with some luck, lion lounging in the trees. The park is known for its diverse landscapes – not only open grassy plains, but also primate-filled woodlands and baobab-dotted cliffs.

After breakfast, we set out for the fertile highlands where wheat, coffee and corn are grown by the Iraqw people. Passing through the Ngorongoro Conservation Area, we have the opportunity to see the breathtaking Ngorongoro Crater before traveling onwards to the Serengeti National Park, which we will reach by midday. The Serengeti National Park, the largest park in Tanzania, is a land of diverse landscapes and habitats such as grassy plains, swamps, lakes, savannah, and mountains. Here, the great wildebeest and zebra migration makes its circuitous journey along with a range of other animals and, depending on the season, we may have the opportunity to witness thousands of animals on their search for food and water.

This entire day is set aside for further game drives in the park. The Serengeti is the habitat for an abundance of wildlife, such as impala, buffalo, crocodile, and hippo, but is more well-known for its great migrating herds of zebra and wildebeest. The animals’ trek is determined by the rainfall and varies from year to year. In November and December, the animals move from the northern region dominated by woodlands and hills, to the grassy plains of the south. During the longer rainy season from April to June, the herds return to the north. Apart from the migrating herds, we may have the chance to spot predators such as leopard, cheetah, and lion, ever and always lurking close by. With our full day on the plains accomplished, we return to our campsite for a well-deserved rest, encased in our comfortable sleeping bags, dreaming of wild cats!

This will be our final full day spent in the Serengeti, the “Endless Plain”, truly one of the most spectacular places on earth. We continue to enjoy the wide range of animals and birds. By now, you will be an expert! Make sure you ask your guide to take you to the locations that you most desire.

We spend our last night sleeping out on the plain, keeping our eyes peeled for the passing wildlife which, rest assured, has little interest in us.

After an early breakfast, we head out for another game drive in the Serengeti. We may be afforded the opportunity to spot the “Big Five” – lion, elephant, buffalo, rhino and leopard – before embarking on our journey to the Ngorongoro Crater. The animals roam freely through the unfenced reserves, offering us an uninterrupted game viewing experience. Arriving at the edge of the crater, we have our first glimpse of what awaits us the following day – glistening streams, open grassland and a myriad of animals.

Early risers are rewarded with breathtaking views of the rising sun over the crater’s edge. After a hearty breakfast, we drive down the adventurous track into the crater. This UNESCO World Heritage Site, formed millions of years ago in the massive explosion of a volcano, is 610 meters deep and covers roughly around 260 square kilometers. Due to its dense animal population of approximately 25,000 ungulates, the crater offers the best game viewing of all the parks in Tanzania. In a matter of minutes, we will see wildebeest, zebra, gazelle, elephant, and some of the more than 500 bird species that inhabit the crater. With a little luck, we may catch a glimpse of the endangered black rhino through the grass. After lunch, we ascend the steep walls of the crater and head onward to our lodgings in Karatu.

After breakfast, we drive to our final destination on this epic safari – Tarangire National Park. Tarangire is well-known for its large elephant herds, seasonal swamps, savannah, and the Tarangire River which winds its way through the park, inviting the wildlife to drink her soothing waters. From the open roof of our state-of-the-art safari truck, we experience the landscape as we seek sightings of the many animals including zebra, wildebeest, buffalo, elephant and giraffe. It is possible we will catch a glimpse of a lion stalking its prey, or leopards watching and relaxing in the trees above.

Expand/Close
How many days are enough for Tanzania Safari?

How many days in Tanzania? I usually advise at least 8 – 10 days to cover the Northern Circuit (Tarangire, Ngorongoro, Serengeti), if you want to visit other areas; Lake Victora, Mahale Mountains, Ruaha, Selous, Zanzibar then you can keep adding as many days as you like

How much does it cost to go to Serengeti? On average, a one-week safari in Serengeti National Park can cost between $2,500 USD (budget) and $7,500 USD (luxury). Booking a safari with Across Tanzania Expeditions provides the advantage of eliminating expenses as most amenities and permits are included in the price of the tour