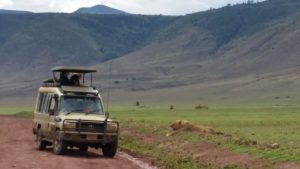 Serengeti National Park is the perfect place to experience African beauty truly. One of the most famous and oldest parks of Africa; Serengeti, is extended over an area of 14,763km² of plains as well as rocky hills. One can find a wide variety of flora and fauna that can make every heart go wild.

Travelers can also experience the great migration of at least two million white-bearded wildebeest, zebras, and gazelle annually from the plains of Serengeti in Tanzania to greener grasslands of Masai Mara in Kenya.

Serengeti National Park is one of the best safari destinations across the world. We can help you find the best Serengeti safaris along with luxury accommodation in the park. Our exclusive Tanzania safari activities include game drives, balloon rides, local tours, and much more.

Serengeti National Park is considered to be one of the most beautiful places in Tanzania. It is located south to the famous Maasai Mara National Reserve. It has the Ngorongoro Conservation Area to its southeast, and Ikorongo and Grumeti Game Reserves to the West. In the southwest, you will find the Maswa Game Reserve and the Loliondo Game Control Area to the northeast. The Larger Serengeti Ecosystem offers free-roaming to wildlife creatures and therefore leads to greater biodiversity.

The national park is further divided into three parts because of the massive area, each with a large and intimidating variety of animals and plant life. 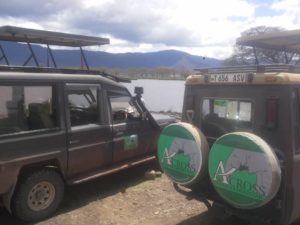 When taking Serengeti safaris, it is sure that travels are going to see an extensive array of animals including large herds of impala, klipspringer, wild wildebeest, giraffe, Thompson’s and Grant’s gazelle, roan antelope, oryx, bushbuck, warthog, lesser kudu, hartebeest, eland, and many others.

Serengeti is also a paradise to those who love birds as the area has more than 500 different species of birds, including giant ostrich, the Ashy starling, the red and yellow barbet, Ficher’s lovebird, the Black crake, Hartlaub’s turaco, and tiny finches.

The inhabitants of Masai Mara are one of the integral parts of the Serengeti National Park. Serengeti safaris offer day trips to the villages that can help travelers to learn about the culture and history of these enigmatic people who have been living there for centuries. 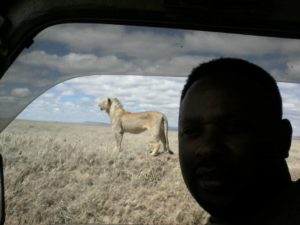 Travelers can choose to visit Serengeti in July to October if they want to experience the great wildebeest migration, which is the climax of Serengeti safaris. February is the best time of the year to see the wildebeests calve as almost 8000 calves are born in the plains.

The area of Masai Mara is best visited from March to May as it is the time when wildebeests move there. The Grumeti River undergoes a lot of the drama of giant crocodiles catching their prey.

Wildebeest crossing the Mara River is an instance that every traveler should experience, during the month of September.

Also, remember that the time of the wildebeest migration may differ every year as it depends on the rainy season.

November to May is the time of the year when you can easily spot migratory birds in the park. Travelers can find them concentrated on the significant water holes as the other temporal ones dry out in this season.

Serengeti National Park has some of the most exciting things amongst all others in Africa that everyone should experience. Once you opt for our Serengeti safaris, it would be impossible for you to forget the place.

Book your next visit to Tanzania with us!